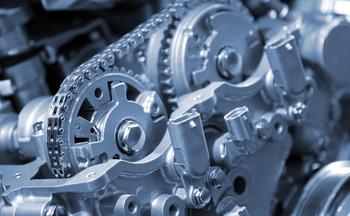 Affected by the domestic and foreign economies, the situation in the auto and parts industries this year is sluggish, and the universal money tide is inevitable. The three quarterly reports showed that the companyâ€™s revenue was 5.801 billion yuan, a year-on-year decrease of 6.45%, and a net profit of 241 million yuan, a decrease of 35.62% year-on-year.

A brokerage firm pointed out that the products of universal cash flow are mainly traditional automotive parts, transmissions, chassis, and bearings. There is not much technical barrier, so the pressure of market competition is very large, and it is easily affected by the sales of automobiles. It will also be affected. Regarding the marketâ€™s biggest attraction to the universal money flow, electric car, Ma Zhiqin, a researcher of Caitong Securitiesâ€™ automotive industry, told China Capital Securities Net that the electric vehicle is not profitable.

Wanxiang Qianchao is a professional auto parts company owned by Wanxiang Group. It mainly deals with the manufacture, development and sales of auto parts and related electromechanical products, industrial investment and development, sales of metal materials and construction materials. On April 10, 2010, the company completed the public issuance of RMB 200 million ordinary shares (A shares) to the public. The net proceeds raised amounted to RMB 1.824 billion.

According to the company's letter of intent for issuance of new shares, the funds raised were used for the construction of an additional fixed-asset investment project with an annual output of 8.4 million constant-speed drive shaft assemblies. The total investment for the project is 1,943.72 million yuan. The construction period is 3 years. The maternity period is 2 years.

As of December 7, 2012, Wanxiang Qianchao has invested 8301.6949 million yuan in investment projects. At present, the company's constant speed drive shaft assembly products have initially formed an overall 7 million support/year production capacity. After deducting the used raised funds, the balance of the raised funds not yet put into use by the company is RMB 1.013 billion (including interest income).

Wanxiang Qianchao pointed out that since the implementation of raised investment projects, the appreciation of the renminbi, the localization of production equipment to replace imported equipment and the outsourcing of part of the intermediate non-critical non-core processes during the production process of constant speed drive shaft assembly products have made the investment more lean. As a result, the funds required for project investment have decreased. According to the calculation of the company's investment department, it is expected that the balance of the raised funds after the completion of the expansion of the new 8.4 million equal-speed drive axle assemblies will not be less than 15% of the total raised funds.

Therefore, Wanxiang Qianchao intends to change the raised funds by 188 million yuan to acquire 66.69% of the shares in Jiangsu Senwei held by Wanxiang Group. According to the assessment report, the evaluation of the net assets of Jiangsu Senwei by the income method was 313 million yuan, and the rate of appreciation was 59.86%; the result of adopting the asset-based method (cost method) was 282 million yuan, and the appreciation rate was 39.63%. This evaluation selected the evaluation results of the asset-based method as the final evaluation conclusion. Industry sources pointed out that the results of the assessment are reasonable.

Competitiveness in the industry is not strong? Industry winter encounters a test

However, Wanxiang Qianchaoâ€™s competitiveness in the industry is not good. The source pointed out that the advantages of auto parts companies can be analyzed from technical barriers, costs, and market space. The products of Wanxiang Qianchao are mainly traditional auto parts and components. There are not many technical barriers for transmissions, chassis, and bearings. This puts pressure on market competition and is vulnerable to the impact of car sales. Product gross margins will also be affected. The three quarterly reports showed that the company's gross profit margin for January-September sales was 16.31%, a year-on-year decrease of 3.43%. The above-mentioned sources pointed out that in the past few years, the average gross profit rate reached about 23%. This is due to the impact of industry boom. The auto parts industry is a scale and profitable industry. After reaching a certain production scale, companies can achieve profitability beyond the break-even point.

However, there is a spotlight on Wanxiang Qianchao which is a new energy vehicle. The above-mentioned brokerage figures pointed out that the group has a company that is a universal electric vehicle company. Wanxiang Qianchao is a priority or exclusive supplier of Wanxiang Electric Vehiclesâ€™ auto parts procurement. The Group had promised to transfer some of its shares in the electric vehicle company to the company when it considers that the company has matured its conditions, or completed industrialization and has a stable profit. However, the development of new energy vehicles is a long-term process, it still depends on the company's future operations.

Ma Zhiqin, a researcher at Caitong Securities in the automotive industry, told China Capital Securities Net that the entire automotive industry has fallen considerably this year. Because OEMs are very strong relative to parts and components, so the prices of parts and components will drop sharply after the prices of automakers are down. Sales volume will also decline, and prices and sales volume will decline. Certainly this year's performance is not good.

Ma Zhiqin also pointed out that the biggest aspect of the universal cash flow is the electric vehicle industry. Looking at the current situation, there may be a certain chance next year. But in this piece, the entire market will be a very slow process whether it is technically or downstream-accepted by the market. Everyone has been bullish on the assets of the company's electric vehicle, but in fact it is not profitable. Nowadays, many electric vehicles are just a concept. If you really want to make profits, it is still more difficult.

Next: Renovation of the Alkaline Plant Completely Breaks Through Four Design Challenges