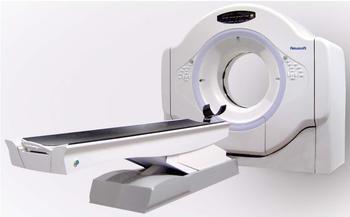 Scientific instruments play an increasingly important role in our lives. In order to enable the instrument to play a better role, our country has been sharing instrument and equipment resources.

Since 2006, Shandong Province has set up special incentive funds to award units and individuals that have made outstanding contributions to the sharing of equipment and equipment. As of this year, a total of 17 million yuan has been awarded for award funds, which has been replaced by awards and used for small investments. The large resources effectively mobilized the enthusiasm of large scientific instruments and equipments to actively participate in sharing by relying on units and users, and effectively promoted the openness and sharing of instrument resources. According to statistics on the performance evaluation of large-scale scientific instruments and equipment resources sharing in 2012 in Shandong Province, the number of 76 instrument access units and 342 sets of large-scale precision instrument sets participating in performance appraisal was 48,483 times for 2012 external service units, of which enterprises accounted for 57.4%; open services Number of 53.89 million times, external services accounted for 20.81%; more than 2.95 million test samples, foreign service accounted for 34.51%. The actual total use time is 937,700 hours.

The 8th International Conference on Promoting the Sharing of Scientific and Technological Information Resources (COINFO2013) was held from October 26 to 27, 2013 in Wuhan, Hubei. The theme of this year's conference is â€œThe Sharing of S&T Information Resources in the Era of Big Dataâ€, which consists of five forums, including the S&T Resources Management and Sharing Forum, and the Information Data Quality Forum. At the sub-forum on management and sharing of science and technology resources, Peng Jie, the director of the Resource Sharing Promotion Center of the China Institute of Science and Technology Information, made a report on the topic of â€œAssessment of Information Sharing in the Sharing of Scientific Instruments Collaboration Networkâ€. The center, as an independent third party, comprehensively scored performance performance, mechanism construction, user experience, and network environment from the 30 provincial-level collaborative network of scientific instruments across the country. The "Hebei Province Large-scale Scientific Instrument Resource Sharing Service Alliance" website ranked second in the country. name. Hebei Inspection and Quarantine Bureau is the chairman unit of the "Heavy Instrument Resource Sharing Service Alliance of Hebei Province".

Article 1 In order to make full use of large-scale scientific instruments and equipment, promote the sharing of resources, promote collaborative innovation of science and technology, and accelerate the building of independent innovation capabilities, in accordance with the provisions of relevant laws and regulations such as the â€œProgress of the Peopleâ€™s Republic of China on Science and Technologyâ€ and the actual conditions of the city, This method.

Article 2 These Measures shall apply to the sharing and promotion of large-scale scientific instruments and equipment resources within the administrative area of â€‹â€‹this Municipality.

The term "resource sharing" as used in these Measures refers to institutions of higher learning, scientific research institutions, and other enterprises and institutions (hereinafter collectively referred to as "owners") within the administrative area of â€‹â€‹this Municipality, and they open large-scale scientific instruments and equipment owned by them to the society, and with other units and individuals. (hereinafter collectively referred to as users) shared, used for scientific research and technological development.

Article 4 This Municipality establishes a large scientific equipment and equipment resource sharing service platform (hereinafter referred to as the sharing platform). Under the premise of information security, the distribution, name, category, model, application scope, external service rules and other information of large scientific instruments and equipments will be provided. Announced to the public, providing services such as search and retrieval, service promotion, and technical training.

Article 5 Large-scale scientific instruments and equipment purchased using the fiscal funds of cities or counties (districts) shall join the sharing platform and fulfill the obligation of resource sharing and use.

Scientific and technological enterprises can not do without the support of experimental and testing instruments. However, the investment in testing equipment is large, and most technology-based SMEs are unable to purchase, which restricts the innovation and development of the company to some extent.

Guo Yuejin, deputy chairman of the Provincial People's Political Consultative Conference and director of the Provincial Department of Science and Technology, told reporters that the SMEs were quite emotional. Once, Guo Yuejin and his entourage went to a scientific and technological small and medium-sized enterprise to investigate. When asked which specific difficulties the company needed to help solve, the person in charge looked at a scientific instrument and said: This 'face project' cost 600,000 yuan, but The time spent on experimentation in a year is just a few times. This is a big burden for our SMEs.

Guo Yuejin said that this year will focus on building and improving the Hubei Province's scientific equipment and equipment sharing and use cooperation network. Previously, scientific instruments with a total value of RMB 400,000 or more were on the list; in order to serve more SMEs of science and technology, this year will open up the use of more than 100,000 RMB worth of scientific instruments and equipment. To encourage companies to use these shared scientific instruments, a 30% subsidy will be given for the cost of testing. At the same time, private enterprises and privately-owned scientific research institutions are encouraged to join the collaborative network. At the end of the year, rewards will be given through comprehensive assessments such as the use of equipment.

How do companies use shared scientific instruments? The reporter learned from the province's large-scale scientific instrument collaboration and sharing network management office that the type of equipment that the company needs to use for experiments or tests can be found on the public Internet. In the meantime, you can find the office to solve the problem.

For example, a pharmaceutical company in Hubei province has developed a new capsule drug for treating stomach problems, but it has minor side effects. In order to reduce the side effects, it is necessary to measure and control a key ingredient in the drug, and to buy a related test equipment, it will cost millions. Through the instrument collaboration network, the company contacted Hubei University of Technology. A liquid chromatograph >liquid chromatograph of this school, just can meet this kind of detection demand. Afterwards, this kind of new medicine succeeds to go on the market, and obtain the sales achievement of 100 million yuan.