The engine is no stranger to us, but what is the engine cold test technology? Is it a profound and difficult technology? For a layman, can you really understand it in minutes? Can you have these questions? It is a good young man with curiosity and curiosity. Give it a thumbs up for you! Little friends who don't have these questions would like to give you a bit of praise. After all, seeing that the question can be clicked in is better than not clicking. More knowledge! Well, well, not much nonsense! The next Xiao Bian will take you to understand this process in the industry has been known as "high precision" reputation.

Just by listening to the name, it can be determined that it is inseparably linked with the engine! The importance of the engine as the heart of the car is self-evident. Not only is the processing process cumbersome, complex, and highly technical, the assembly process is also subject to strict quality control. The engine cold test process is a technology that is specifically designed for engine quality inspection.

The entire detection process may seem complicated, but it takes only a few minutes to use, with low use costs, low resource consumption, low investment in matching, and high detection accuracy and efficiency. After the implementation of the cold test, the engine testing capability of the FAW Liberation Engine Division will increase by 50,000 units per year, saving more than ten million yuan in technical reform investment. The quality of components and the quality of engine mounts reached a higher level, and the zero-kilometer failure rate was reduced by 78.6%. In addition, when the engine is tested under the cold test process, there is no combustion phenomenon, no need for public facilities, zero emissions in the detection process, energy saving and environmental protection. 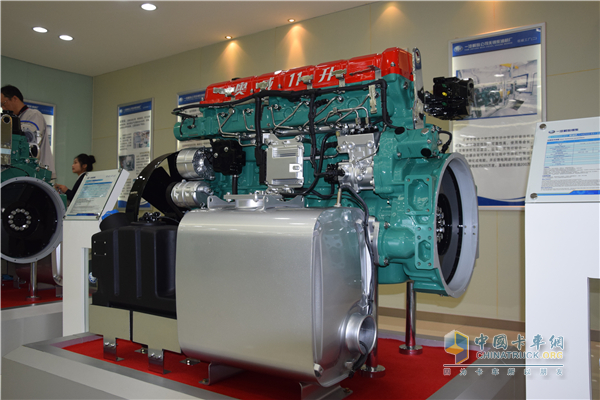 As the winner of multiple awards, the FAW Liberated Xichai 6DM engine that implements the cold test has obvious advantages. A single 6DM engine reduces diesel, antifreeze, and other losses by approximately RMB 70. Since the implementation of cold test technology, the cost savings have exceeded RMB 5 million. The consumption of a single 6DM diesel engine has been reduced by 10.86 kg, saving more than 800 tons of diesel, and the CO 2 emission of a single 6DM engine has decreased. 36.6kg, reducing carbon dioxide emissions by more than 2,500 tons.

Technological innovation drives the development and progress of the industry. The application of the engine cold test process is an important part of the implementation of the â€œPilot Demonstration of Heavy-duty Vehicle Engine Intelligent Manufacturingâ€ project by the FAW Liberation Engine Division. In the future, the FAW Jiefang Engine Division will continue to use production as an entry point, implement intelligent upgrades, build smart factories, maximize production efficiency, and ultimately realize intelligent manufacturing throughout the entire life cycle of the value chain.

Next: Several suggestions for improving the efficiency of cone crushing, each one is crucial!